Crossroads. War and Russian citizenship or nothing 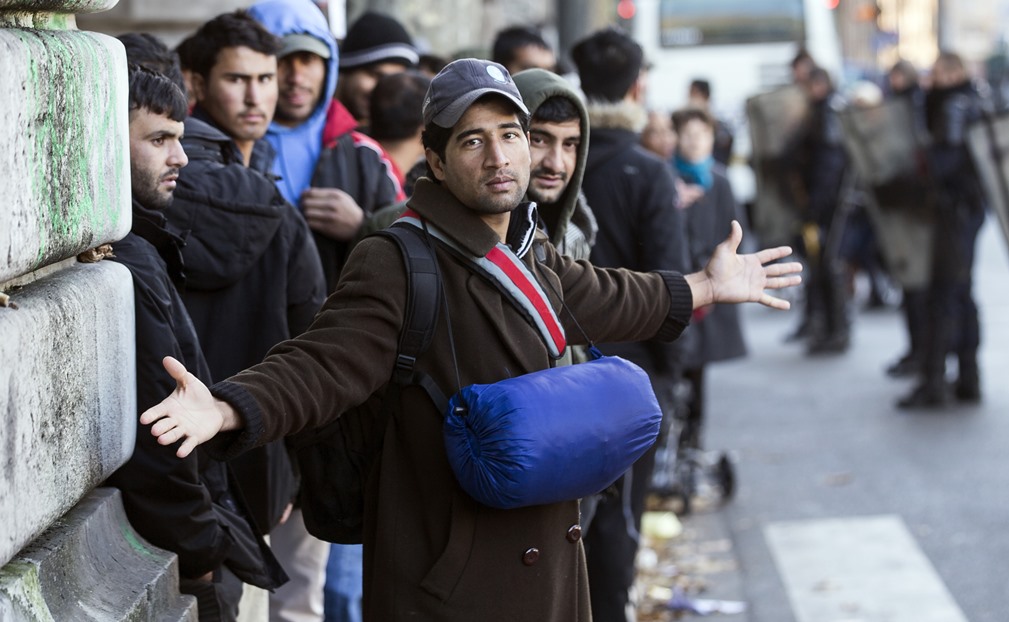 After signing order Russian President Vladimir Putin on the mobilization of the military reserves, Tajik immigrants are at a crossroads. They want to be Russian citizens, or continue their work without it, but they don’t want to go to war. People who have already received a Russian passport and are of conscription age are confused.

Confidence in the law and Putin’s promise

Khushruz Kamoliddin, a 23-year-old Tajik, graduated from a university in Russia with a degree in law. He got Russian citizenship 3 months ago and now he has to go to work in government bodies.

“In order to work as a lawyer in any investigative body, I have to do military service,” he says.

Khushruz does not think much about the announcement of mobilization and believes that he will not be sent to war.

“I am of draft age, according to the law, even if I go to the service, I will not be sent to war. They send those who have already served. Vladimir Putin also said about this,” says Khushruz.

However, he hopes that the war will end as soon as possible and that he will not be sent to war.

The situation of the Tajik immigrant Akmal Rahimov is worse than that of Khushruz. He is a citizen of Russia and is registered with the military commissariat.

“I am worried. I have three children and I am looking for a way to avoid the draft. The only way is to leave Russia, but it is also difficult. In addition, what will I do in Tajikistan?” – says Akmal.

“No one wants to die”

Dilshod Salimov, another immigrant who submitted his documents to obtain Russian citizenship, says that the mobilization order has changed all his plans.

“Honestly, I don’t know what to do. I came to get Russian citizenship. I worked hard and spent a lot of money for this. Now that I have reached my goal, the order to mobilize has been issued. I am at a crossroads,” says Dilshod.

He believes that he will be sent to war as soon as he receives his passport, as he served in the military in Tajikistan.

“Accordingly, I am a ready soldier and there is a high possibility that I will be sent to war,” he says.

For this reason, now Dilshad is looking for a way out of this impasse.

“If the war does not end before my passport is prepared and all foreign citizens accepted as citizens are sent to war, I may withdraw my documents and leave the sea of ​​Russian citizenship. No one wants to die,” he says.

“I will leave Russia, but I will not go to war”

Another migrant worker, Sherzod Umarov, who also submitted his documents for Russian citizenship, is adamant that he will not go to war and is now considering withdrawing his documents.

“I am waiting to see how the mobilization process will proceed. If all immigrants with passports are sent to war, I will take back my documents. If I don’t feel any pressure or coercion, I will leave this country,” says Sherzod.

Apathy and business as usual

Farrukh Samiev, a Tajik immigrant who has not received Russian citizenship and has no intention of receiving it, says that the activity of the recruitment point for those wishing to join the Russian army in Sakharovo Migration Centerwho promised to accept the citizenship of this country within a year, is aware, but he has no interest in this proposal.

“We, all our friends who are active in Moscow, have information about the point of recruitment of those who wish to join the Russian army at the Sakharovo Migration Center and the benefits offered, but to be honest, none of us have the desire to fight in exchange for citizenship,” Farrukh said.

He says that no one needs citizenship in exchange for war.

“I believe that people who join the Russian army in exchange for money or passports are sent to the front lines of the war, and it is unlikely that they will return alive. In this case, no one needs either the promised money or a Russian passport,” Farrukh added.

The only problem that worries Farrukh and his friends is the possible deterioration of the economic situation in Russia and its impact on their pockets.

All our interlocutors are looking for a way with their own ideas. Khushruz wants to serve in the military and work in the Russian government, Akmal wants to work in Russia, but does not want to go to war, Dilshod wants to find a way to get a passport without war, Farrukh hopes that this war will not affect his pocket.

In this regard, the last point that worries them is Article 401 of the Criminal Code of the Republic of Tajikistan, according to which, recruitment and participation in an armed unit, armed conflict or military operations in the territory of other states is criminal liability and imprisonment. from freedom for a period of 12 to 20 years.

In general, all our heroes have one desire: none of them want to go to war, and they all want the war to end as soon as possible.

Share
Facebook
Twitter
Pinterest
WhatsApp
Copy URL
Previous articleOn Saturday, September 24, the world celebrates the day of completion of affairs
Next article“Azovstal” defenders were released. In Russia, they expected to be brought to the tribunal

First President of Armenia: “We need to make an agreement with Azerbaijan and Turkey” he said