Record-level queues have appeared on the Russian-Georgian border 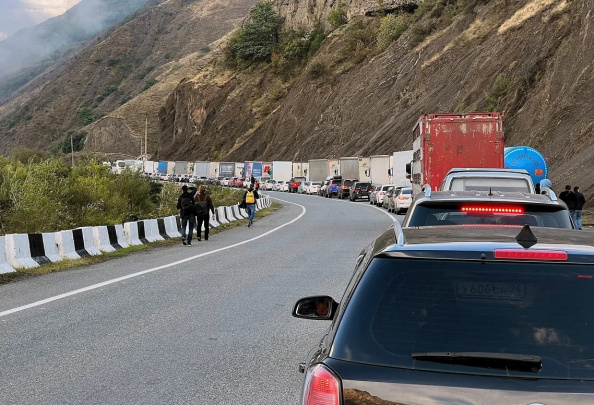 On September 22, at Torfyanovka and Brusnichnoe points on the border with Finland, a record was set for the number of cars that crossed the border in one day.

It was reported that on September 23, there was a record queue of cars at the Russian-Georgian border RBC.

According to the data of the Federal Customs Service, on September 23, there was a queue of 1,715 cars in front of the Verkhniy Lars checkpoint.

It is noted that this is the maximum indicator recorded since the beginning of the year.

In turn, the Ministry of Internal Affairs of North Ossetia announced that there are more than 2,000 vehicles waiting in line to cross to Georgia on the territory of the republic.

According to the information of the North Caucasus Customs Department, the number of people who want to leave Russia through the Verkhniy Lars checkpoint has increased sharply in the last three days.

In addition, on September 22, a record number of cars crossed the border in one day was recorded at Torfyanovka and Brusnichnoe points on the border with Finland. During the past day, 989 and 890 cars passed through them, respectively.