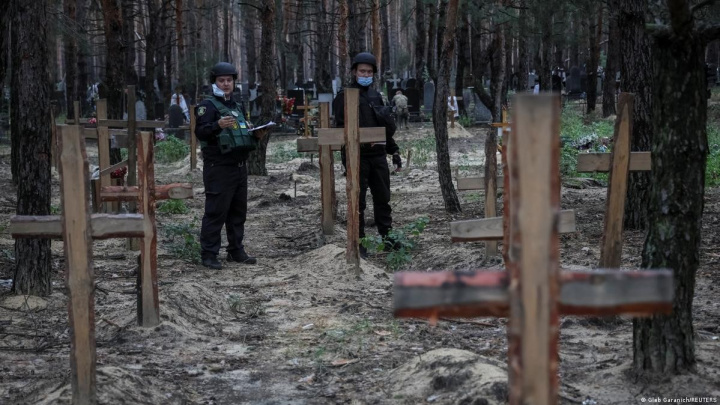 During their visit to the regions freed from Russian occupation, the experts found out that there was a lot of pressure on the civilian population.

UN commission on war crimes committed by Russian troops in Ukraine gave information. The victims of these crimes ranged in age from 4 to 82 years old. This was said by the head of the commission, Eric Möse.

According to dpa agency, the inquiry conducted by human rights experts will be held in February-March 2022.

During their visit to the regions freed from Russian occupation, the experts found out that many oppressions were carried out against civilians. Investigations are currently underway at 16 other locations, the report said.

According to the victims, some of them were taken to Russia and held for several weeks.

“On the basis of the collected evidence, the commission came to the conclusion that war crimes were committed during the war in Ukraine,” Mose said.

The final report on these crimes is planned to be submitted in March 2023.