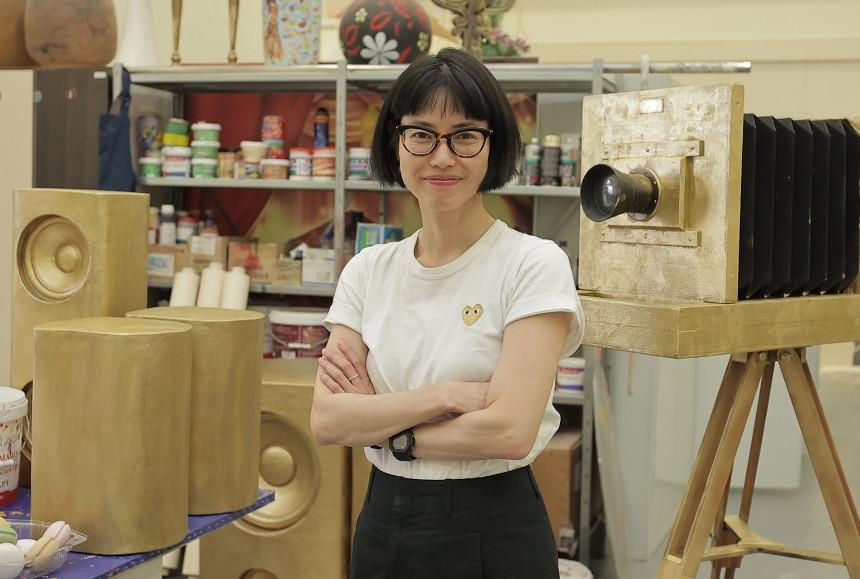 ASTANA. KAZINFORM There is very little time left before the premiere of Cinderella at Astana Opera. On October 8 and 9, the residents and guests of the capital will be able to see the performance in a completely new design and interpretation. The Berlin-based Japanese set designer Yoko Seyama has revealed some of the secrets of a truly modern production, which leading theatrical critics are already planning to review, the press service of Astana Opera informs.

– What was the inspiration for your work on the set design for the ballet Cinderella?

– The biggest inspiration was the choreographer’s idea of how Cinderella realizes her personal potential and her dreams of becoming a fashion designer. In the first act, she is not just cleaning the house, but is also working on her own designs, making outfits out of the rags she finds in the laundry. That is, she finds the materials for her collection independently, by herself. Also, there will be a fashion show at the ball in the second act.

– Can you tell us a few secrets of this production?

– I was thinking a lot about what is important for the fashion scene or for girls dreaming about fashion, and of course, for girls, it is important to have high-heeled shoes. Then I thought of the famous stiletto shoes with breathtakingly high heels and red soles. Everyone knows the famous scene with Cinderella’s carriage ride to the ball. So, I created an incredible carriage in the form of a large high-heeled shoe, as a symbol of fashion. It is a dream of fashion that brings her to the party. I think this is a particularly inspirational part of my design concept.

On the other hand, there is the Prince. His life is opposite from Cinderella’s. The heroine is poor and Prince is born in a rich family of a royal bloodline. He is terribly bored in this atmosphere, so he decides to realize himself as a musician. Everything is gold and shiny here, like his musical equipment, for example, speakers, or a tape player made out of a shiny gold material. So, this is rather like a pop and street-style atmosphere, but everything still remains royal. His image is like a young celebrity: this is almost like a joke, but it is making fun of his situation, which he longs to grow out of. A further interesting detail that will appear in the production is a hoverboard, which another canonical character, the Good Fairy, uses to go around everywhere.

– What is the production’s colour concept?

– In the first act, I am using mustard tones, warmer, ‘cozier’ colours, and I use a lot of velvet. However, velvet is not so important to me. It is all about this flow of fabric creating Cinderella’s atmosphere. In the second act, I use a lot of peppermint green to show the royal atmosphere. So there is a sharp transition from mustard yellow colour to royal peppermint green.

– It is known that the production will resemble a film. How difficult is it to show ballet dancers’ live performance in the form of a film?

– In this case, it is all about one elderly couple, who is actually presenting the production of the ballet Cinderella to the audience. They are the first to come onstage, turn on the TV with a video cassette in order to see their own past life, their self-actualization. It is they who are observing all that has happened in this story. This time, it was especially important for Raimondo Rebeck to show in this production the dreams and the purpose of life. We watch the events in the plot like a film, at the end of which feel good and happy.

– Like you, the protagonist of this story is a female designer. Does that bring something personal to your work?

– Actually, that is a very good point, although I was not aware of it while I was designing. Young talented people often struggle, not knowing how to make a name for themselves. They have the skills or rather the ambition to become something, they are full of energy, but they do not know how to realize their potential. That is very much what the first act of Cinderella is about, this struggle, wanting to explode, to succeed in their field. In the second act, she finally has a place to show her creative work, like I have now. For me, this kind of place is our production of the ballet Cinderella. It is so important for designers, for representatives of all creative professions to have a place to show to the public the expression of our imagination!