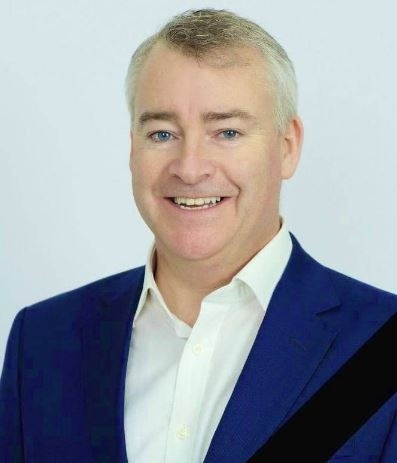 The Kyrgyz public and the business community have suffered an irreparable loss. Robin Ord-Smith, the first Business Ombudsman of the Kyrgyz Republic, died suddenly at the age of 56.

Robin Ord-Smith was born on October 8, 1965 in Ferndown, United Kingdom of Great Britain and Northern Ireland.

Robin Ord-Smith devoted thirty years of his career to the diplomatic service, working in countries such as the Algerian People’s Democratic Republic, Romania, Malaysia, the Federal Republic of Germany, Japan and the Republic of Iraq.

In 2012-2015, he was the Ambassador Extraordinary and Plenipotentiary of the United Kingdom of Great Britain and Northern Ireland to the Republic of Tajikistan, and from 2015 to 2018 he held a similar position in the Kyrgyz Republic.

While serving as Ambassador of the United Kingdom of Great Britain and Northern Ireland to the Kyrgyz Republic, Robin Ord-Smith initiated a number of activities aimed at strengthening bilateral social, cultural and economic ties between the two countries.

Leaving the diplomatic service, he accepted an offer to become the first Business Ombudsman of the Kyrgyz Republic. In recent years, Robin Ord-Smith has devoted all his energy and efforts to serving the people of the Kyrgyz Republic for the benefit of economic prosperity, protecting the rights and legitimate interests of business entities, and contributed to improving interaction between government agencies, entrepreneurs, investors and the international community

Many years of experience in the diplomatic service of Robin Ord-Smith, his multilateral connections in business and diplomatic circles, knowledge of the best world practices served as indisputable factors of the country’s leadership’s trust in him as a Business Ombudsman. Business support, attraction of investments and efforts towards the economic well-being and prosperity of the country – he adhered to all these priorities in his work.

Thanks to his international experience, high professionalism and strong moral and ethical principles, he was a mentor to many colleagues and was deeply respected in business and diplomatic circles.

His life and work is an example of the selfless contribution of a true British gentleman for the benefit of the development of the Kyrgyz Republic.

With the untimely death of Robin Ord-Smith, the Republic lost a professional, an outstanding personality and a true friend of our country.

We express our deep and sincere condolences to the family and friends of Robin Ord-Smith. We share with you the pain and bitterness of an irreparable loss.