“Very creepy.” Refugees from Batken are resettled in dirty and broken dormitories 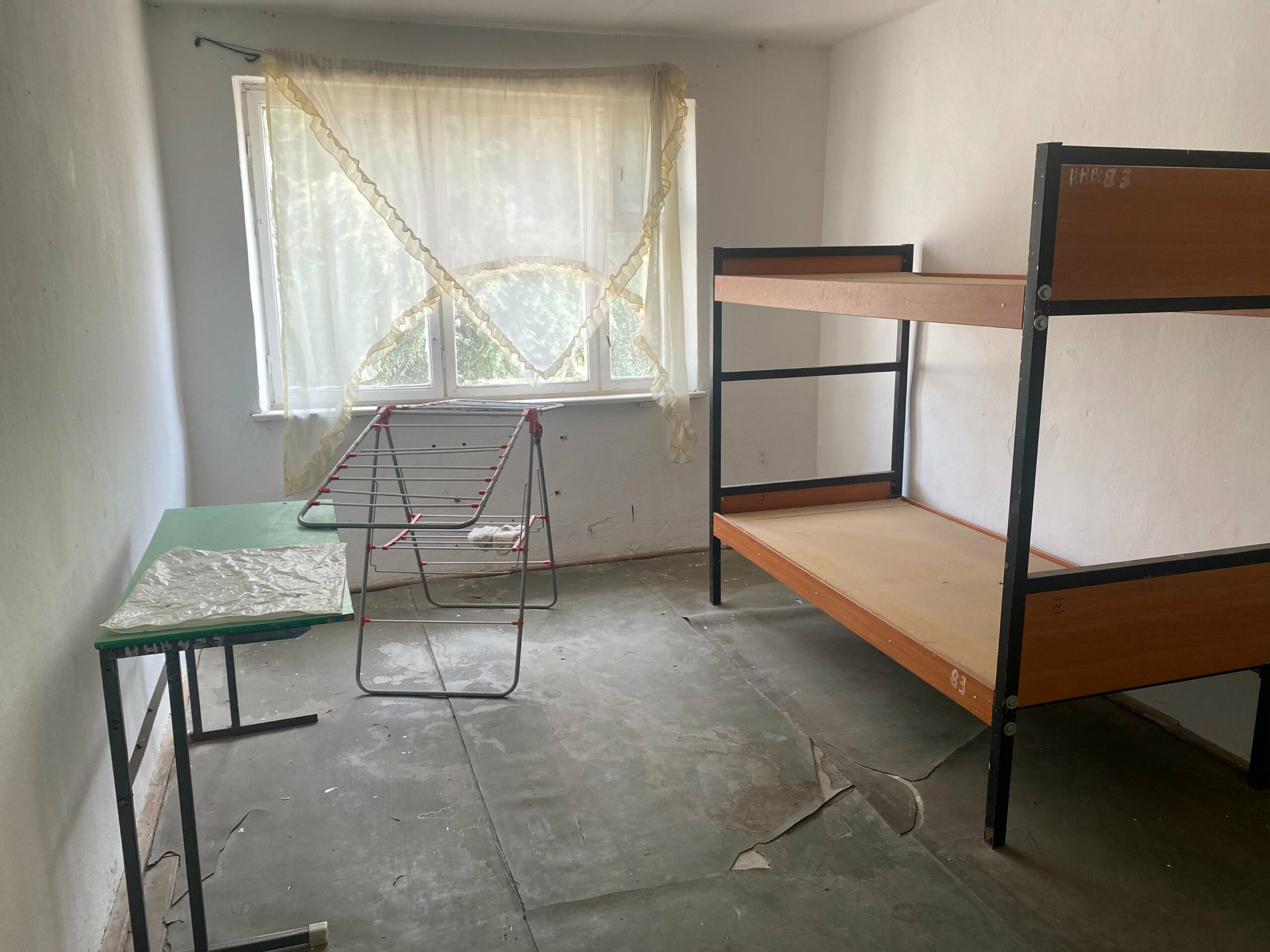 Bishkek City Hall formerly informedthat booked places for Batken residents in the hotels of the capital. However, the free rooms ran out, and people who fled from Batken began to settle in hostels with unsanitary conditions.

Residents of the Batken region continue to arrive in Bishkek, forced to flee the battle zone on the border with Tajikistan. By the evening of September 21, to the Republican Headquarters for Assistance to Batken Residents in the capital’s Sports Palace turned 380 settlers. But the one-time humanitarian aid for them is over, housing is issued for a long time, and in what they give, it can be impossible to live.

The journalist Nurzhamal Dzhanibekova was convinced of this. “The level of organization of the Republican Headquarters for helping Batken people is simple … Today I tried on myself what it is like to receive assistance in Bishkek for families who have fled from combat zones. Spoiler: very dumb, ”- told she is on twitter.

“For about three hours, if not more, we waited for the transport to be organized,” she says. – We were told that they would be taken to a hostel in the Free Economic Zone. Three hours later, we finally waited for the unfortunate 2 minibuses, which left in the direction of the SEZ. After 20 minutes the bus just stopped. It turned out that the FEZ no longer accepts people. For about 30 minutes we just stood on the road until it was decided that people would be settled in the village of Baytik.”

According to her, about 15 families were brought to Baytik that day. All of them were settled in a dirty dormitory of a professional lyceum with broken floors and furniture.

“When we arrived there, it turned out that it was an old, dead, terrible hostel. The managers of which were not even aware that people were being sent to them. The rooms were all dirty, there were no mattresses or blankets on the beds,” she said.

No one was going to feed the settlers in Baitik either. Although, according to Dzhanibekova, when settling in, the authorities promised to provide Batken residents with three meals a day, clothes and medicines.

“The most deadly thing is that the kitchen does not work there and no food will be given to people, just like other promised humanitarian aid. The woman hosting the hostel said that there are no mattresses yet, all of them are with the students who live there. And they will be able to give food only if the state organizes something. And many women with tiny children remained in this terrible hostel without any conditions, ”the journalist said.

Among the refugees from Batken was a sick elderly woman with her daughter. “Grandma has a stomach ulcer, she needs to eat normally, and soon her grandchildren from the devastated village will come to Bishkek. Staying in this hostel is not an option. So far, she has returned to Belovodskoye to her relative, ”she said.

Dzhanibekova believes that the authorities should improve the organization of assistance.

“I can’t yet put together in my head why the state organizes everything so horribly. These people live in a strategic location. They protect our lands from the capture of Tajiks. Almost every year they have to evacuate and run to nowhere.

The last thing you want to do is, at the age of 74, without money in a strange city, ask for help and wait until you are taken to a murdered hostel. At the same time, have high blood pressure, a sick stomach and legs, ”the journalist is indignant.

Do not write negative, Tajiks will see