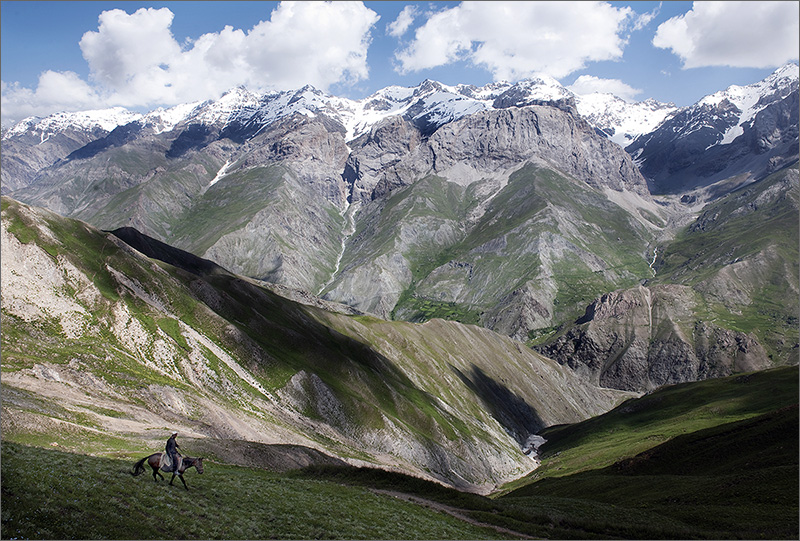 A DAY IN HISTORY – SEPTEMBER 25

2006 – The country has acceded to the UN Convention against Corruption.

2007 – The OSCE Center in Dushanbe appealed to the Tajik authorities to cancel the amendments to the Criminal Code that restrict freedom of speech (in relation to publications on the Internet).

2018 – The government of the country, by its decree, returned the autumn and spring holidays to schoolchildren, which they had been deprived of for several years.

2019 – The 2016 Olympic champion Dilshod Nazarov, a hammer fighter, was temporarily suspended from the World Championships in Qatar due to suspicion of violating anti-doping rules.

2020 – The Asian Development Bank (ADB) has approved a $15 million grant as the second additional funding for an ongoing project to improve water management in the Pyanj River Basin in Tajikistan. The grant will finance the construction of a sediment lagoon in the Chubek irrigation system in the southern part of the country.

September 25, 1945 In the USSR, a record long jump from the stratosphere was made. It was performed by Colonel Vasily Romanyuk, instructor-tester of parachutes and ejection systems of the Air Force Research Institute.

His jump from the stratosphere became a world record, both in height and in the duration of the fall with an unopened parachute.

Subsequently, Romanyuk set 18 world and a number of all-Union records.

Blundell understood the seriousness of this procedure, so he quite clearly developed the technology for taking blood and transfusing it, and also invented the first convenient tools. In the process of research, he noticed a number of defects that accompanied the procedure: blood clotting, its incompatibility, which often led to the death of patients, and air embolism, in connection with which Blundell proposed a number of monitoring methods. But he also noted that no monitoring is able to prevent fatal complications of blood transfusion.

On the last Sunday of September, machine builders celebrate their professional holiday. Engineer’s Day was installed in 1980.

Mechanical engineering is the basic branch of the economy of any highly developed country, the core of the industry, the most important branch of industry, its industrial and intellectual potential. Therefore, the Machine Builder’s Day is a holiday for all workers and engineers in the machine-building industry of the economy.

The last Sunday of September is also celebrated International Day of the Deaf. It was established in 1958 to commemorate the founding of the World Federation of the Deaf and Dumb (WFD).

The purpose of the Day is to raise the awareness of the international community about the problems that deaf people face on a daily basis. After all, according to statistics, every ninth person suffers from hearing impairment.

Currently, according to WHO, about 466 million people suffer from various hearing impairments – this is more than 5% of the world’s population.

September 25 is celebrated every year world pharmacist day. This is a professional holiday for pharmaceutical specialists, pharmacists, and everyone whose activities are related to the sale of medicines, their manufacture, research, quality control, and provision of proper storage conditions.

The date of celebration is dedicated to the founding day of the International Pharmaceutical Federation (FIP) – a worldwide organization that represents and protects the interests of the pharmaceutical industry, sciences and industry.

It is held in order to draw public attention to the significance of the work of these specialists, protect their rights and interests, improve the image and popularize these professions. To ensure that the pharmacy worker is perceived not just as a seller of medicines, but as a specialist providing medical care.

Every year on September 25, Americans and all comic book lovers celebrate National Comic Day – a genre of drawn literature, which has long become a part of book culture and a profitable industry in developed countries.

The first example of real graphic prose is considered to be a series about the adventures of Dr. Syntax – “Doctor Syntax’s Journey in Search of the Picturesque” – by the English cartoonist and painter Thomas Rowlandson.

The first American comic book, The Bear Cubs and the Tiger, was published in the Sunday New York World in 1892. In the heyday of comics, the immortal heroes of the stories “Donald the Duck”, “Mickey Mouse” were created. The themes of modern comics literally cover the entire spectrum of human life: from love to hate, from war to peace.

Road safety competition among schoolchildren was held in Balkan velayat

Road safety competition among schoolchildren was held in Balkan velayat