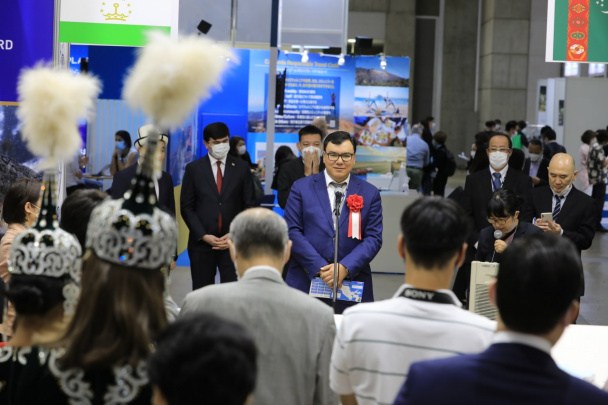 The number of family guest houses that started to open in Uzbekistan 4 years ago has now reached 4 thousand. According to the Kun.uz correspondent, Deputy Prime Minister Aziz Abduhakimov announced this at the international tourism exhibition in Tokyo.

Aziz Abduhakimov at the opening of the Uzbekistan stand at the exhibition / Photo: TMMV

On September 22, the international tourism exhibition “Tourism Expo Japan 2022” began its work in Tokyo, the capital of Japan. Within the framework of the exhibition, discussions and roundtable discussions of representatives of the tourism industry aimed at establishing cooperation and exchanging ideas are also taking place. They discuss various problems, approaches and ecological issues of the industry, which is recovering from a deep crisis after the pandemic.

One of such roundtable discussions was a forum with the participation of tourism ministers of several countries that visited the exhibition, international organizations and representatives of the tourism sector. Deputy Prime Minister of Uzbekistan, Minister of Tourism and Cultural Heritage Aziz Abduhakimov also participated in the forum. This is reported by the reporter of Kun.uz.

According to Aziz Abduhakimov in his speech, the number of family guest houses that have been established since 2018 is increasing year by year.

“We are trying to organize tourism villages in different regions of Uzbekistan, especially in mountainous areas. If local residents establish at least 20 family guest houses, the state supports them by improving the village’s road, electricity and water supply.

Speaking about one of the topics of the forum – environmental protection (in which the tourism sector also plays an important role), the Deputy Prime Minister spoke about the work being done in Uzbekistan to achieve energy efficiency and transition to renewable energy, in particular, the doubling of the energy efficiency of the country’s economy by 2030, the use of renewable energy noted that its share will reach 25%, and by 2050 Uzbekistan will transition to zero-carbon energy.

Aziz Abduhakimov also noted that a new airport was built in Samarkand, reminded that next year’s meeting of the General Assembly of the International Tourism Organization under the UN will be held in this historical city, and invited all the participants to Samarkand.