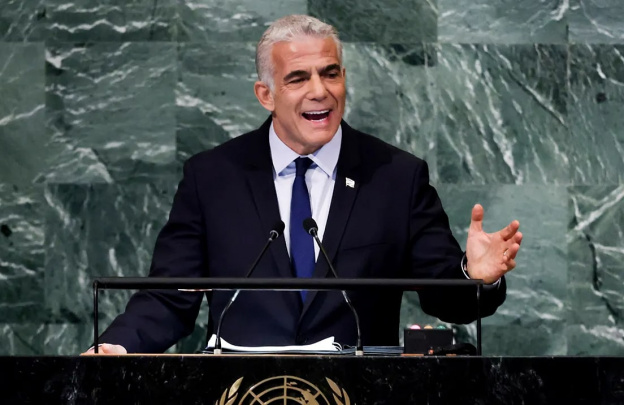 In his speech at the UN General Assembly, Israeli Prime Minister Yair Lapid announced his support for the decision to establish a full-fledged state on the basis of Palestinian autonomy in order to put an end to the conflicts between the two nations.

“We have only one condition: the future Palestinian state must strive for peace,” said Lapid.

“An agreement with the Palestinians based on the principle of two states, two peoples is the right way for Israel’s security, economy, and the future of our children,” Lapid said.

Lapid’s statement at the UN General Assembly was criticized by the former Prime Minister of Israel, Benjamin Netanyahu.

“Lapid is leading Israel to the pit dug by the Palestinians. We must not allow Lapid to create a Palestinian state on the borders of Kfar Saba, Petah Tikva and Netanya. We will not allow Israel to return to the Oslo disaster,” Netanyahu said.