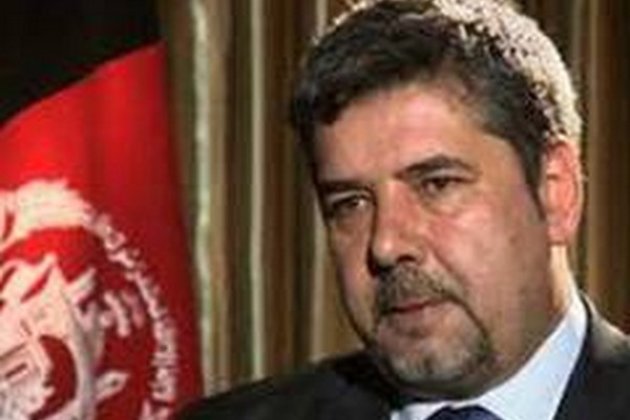 Kabul [Afghanistan]August 31 (ANI): Former Afghan intelligence chief Rahmatullah Nabil on Monday claimed that the Pakistani military has started an operation against the Tehreek-e-Taliban Pakistan (TTP), in the territory of Afghanistan without consultations with the Taliban officials.

Taking to Twitter, the former Afghan official wrote that Pakistan has launched operations to suppress the TTP in Afghanistan for days.

“Pakistan’s military operation against TTP has actually started since a few days ago in Afghanistan’s territory,” Nabil tweeted. “Either Mullah M Yaqoub has not been consulted or he is trying to pretend that they are independent.”During a press conference on Sunday, the Taliban’s acting Defence Minister Mullah Yaqoob Mujahid claimed that the US used Pakistan’s airspace as a medium to enter and attack Afghanistan. However, he did not mention the Pakistani army’s presence in Afghanistan, Khaama Press reported.

He said that the illegitimate use of drones to patrol Afghanistan’s airspace is a transgression of the country’s borders.

He urged Pakistan to cease allowing the US drones access to its airspace, Khaama Press reported.

Pakistan, on the other hand, refuted the claims and denied any involvement in the July drone operation in Kabul that killed Al-Qaeda chief Ayman al-Zawahiri.

The Pakistani statement in addition to denying the allegations called on the Taliban authorities to fulfill obligations under the international instruments to not allow its territory to be used by terrorism while labeling the Taliban minister’s remarks as “conjectural allegations.”NDS director Nabil’s remarks come against the backdrop of a US drone strike that killed Al-Qaeda chief Ayman al-Zawahiri in Kabul, almost a month ago. The Taliban alleges the drones accessed Afghanistan through Pakistan’s airspace, Khaama Press reported.

The Taliban in Afghanistan has previously been able to secure a temporary ceasefire between the TTP and Pakistan and are actively mediating and facilitating peace talks between the two parties.

But the recent killings of top Pakistani Taliban commanders in an Improvised Explosive Device (IED) explosion in the Birmal area of Afghanistan’s Paktika province is likely to put a spoke in the ongoing negotiations between the Army and the TTP, also known as Pakistan Taliban.

Reports suggest that Pakistani military negotiators offered to accommodate the TTP with a safe passage back to Pakistan from Afghanistan in exchange for the TTP agreeing to a long-term ceasefire, dissolving its organization, and joining mainstream politics.

However, the TTP has stated that “We started investigations to ascertain who could have been involved in their killings. After the investigations are complete, we will issue a detailed statement on whether to continue the peace talks with Pakistan”.

Since the Taliban took control of Afghanistan, Pakistan has increasingly complained of attacks across the border from Afghanistan, an issue that has become a source of diplomatic tension.

Talks between the two sides began in October 2021 to seek a political solution to the issue. The talks that were held at the request of the Afghan Taliban led to a one-month ceasefire in November.

However, the truce could not last long as differences emerged soon.

The ongoing peace talks between the TTP and Pakistan government reached a stalemate as the outlawed group refused to give in on its demand for the reversal of the merger of the erstwhile Federally Administered Tribal Areas (FATA) with the Khyber-Pakhtunkhwa province. (ANI)